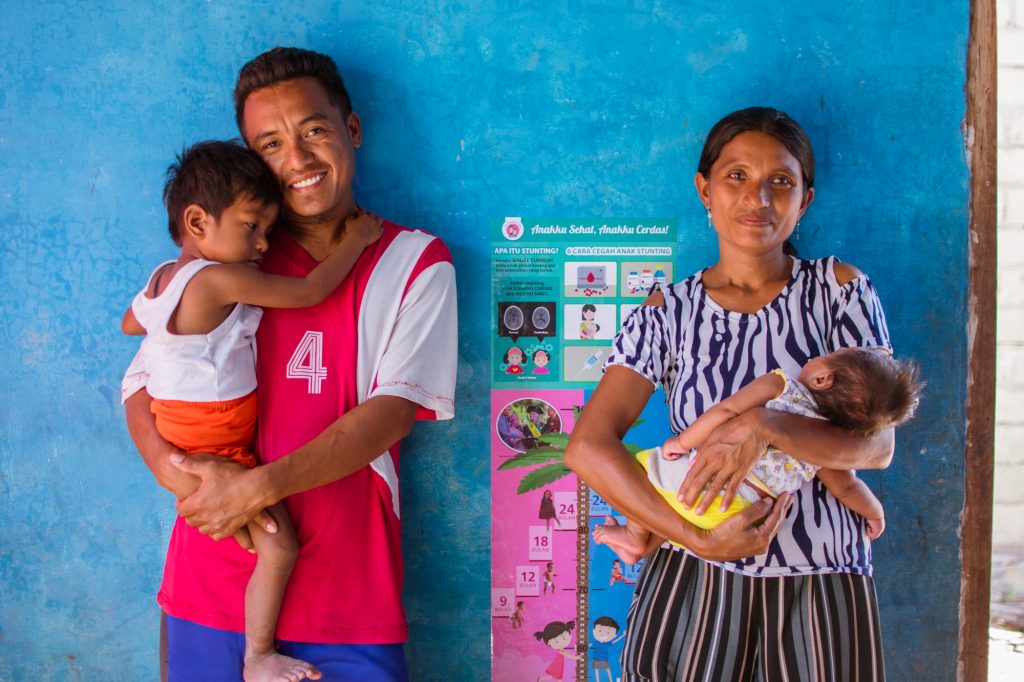 In support of the Indonesian government’s national strategy to eradicate stunting, the Swiss – Indonesia Chamber of Commerce, or SwissCham, engaged in August 2020 the 1000 Days Fund, a non-profit that provides healthcare in Indonesia’s rural areas.

According to a study published in December 2021 by the Health Ministry in collaboration with the Indonesian Statistics Bureau (BPS), the country showed a significant decrease of stunting from 27.7 percent in 2019, to 24.4 percent in 2021. The same study published by the Health Ministry also revealed that Indonesia’s rate for stunting is more prevalent than that of neighboring countries in Southeast Asia.

The Global Nutrition Report (GNR) ranked Indonesia as 108th out of 132 countries in stunting prevalence. According to the Presidential Regulation No. 72, issued in August 2021 on the acceleration of stunting reduction, more efforts are needed to meet Indonesia’s targets of reducing stunting by 14 percent in 2024 as well as ending malnutrition by 2030.

SwissCham provided assistance of Rp 200 million to the 1000 Days Fund, presented on three separate occasions. The latest and largest contribution was presented after a fundraising golf tournament in November 2021. Attended by more than 100 golfers, the SwissCham raised Rp 130 million from the multiple arts and goods for charity auction, with all the proceeds donated.

In March 2021, representatives of the SwissCham joined in on a two-day program to learn about stunting rate on the ground in Labuan Bajo and its surrounding islands in East Nusa Tenggara. With 1000 Days Fund, the team were able to witness the work and impact being done first-hand by visiting community centers and auxiliary health centers (Puskesmas Pembantu), and were able to take part in installing smart charts to measure a child’s height in several houses, as well as took part in training for healthcare workers at Labuan Bajo rural health clinic or Puskesmas.

“Swisscham’s support allows us to employ innovative techniques to expand and evaluate our cost-effective and scalable solutions to stunting. Most evident in our Stunting Centre of Excellence in Manggarai Barat, we have managed to measure our impact and consistently monitor the villages. SwissCham’s contribution to the program opens the door to more like-minded philanthropists to initiate other Stunting Centres of Excellence in other parts of East Nusa Tenggara. We’re very grateful for the generous support. We hope that more and more people can join our fight against stunting,” said Jessica Arawinda, chairperson of the 1000 Days Fund.

The 1000 Days Fund has been implementing a system change that can sustain stunting prevention efforts, such as to train healthcare workers and equipping them with efficient, cost-effective tools such as smart charts and smart blankets. 1000 Days Fund build four Stunting Centres of Excellence in Labuan Bajo, Rote, South Central Timor, and Kupang regency. In total, they have trained and equipped over 5,200 community health workers, distributed a total of 82,000 smart charts, and expanded access to quality care for more than 120,0000 Indonesian women and children.

This article was published in thejakartapost.com with the title “SwissCham helps 1000 Days Fund’s mission to end stunting”. Click to read: https://www.thejakartapost.com/adv/2022/02/25/swisscham-helps-1000-days-funds-mission-to-end-stunting.html.