What It Really Means to Fight Stunting “in the Field” 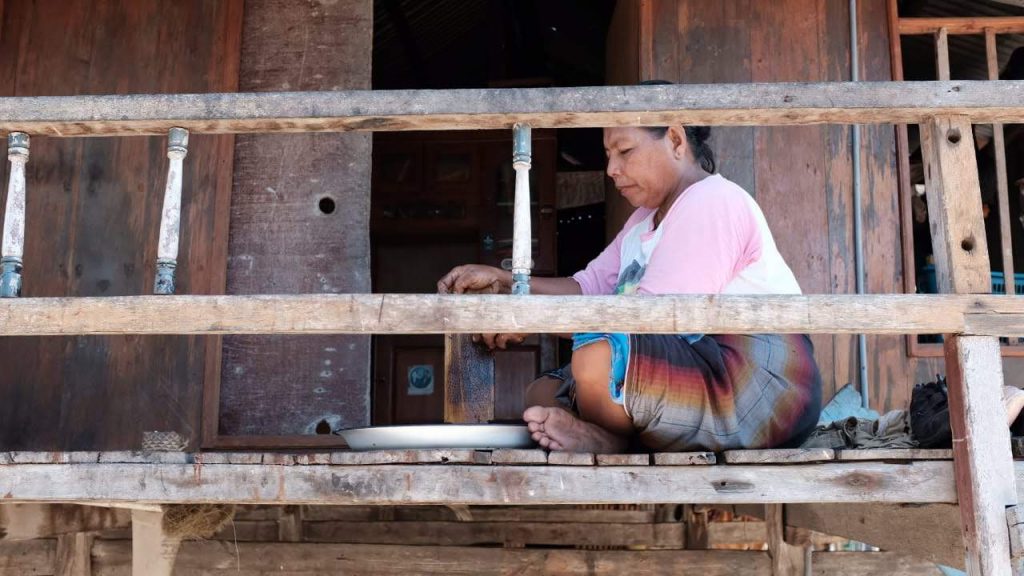 Earlier this year in February, the @1000_hari team went out to Labuan Bajo and the surrounding islands for a monitoring trip. On this trip, we learned that 2 children, both under 5, had recently passed away from diarrhea, one of which happened to be on my home-visit list. We’d met them and their parents a year prior to install a height chart in their homes.

I came in to his parents’ house and met his mom, not knowing that her child had passed, and I started with a standard greeting; introducing myself and asking her how she has been doing. I proceeded with the standard questions we had on our questionnaire. It wasn’t until I asked her when the last time she used the height chart to measure her child that she revealed that he’d passed, and that she also had a miscarriage shortly after.

It wasn’t until I asked her when the last time she used the height chart to measure her child that she revealed that he’d passed, and that she also had a miscarriage shortly after.

I kind of froze and didn’t know what to do or say. A million things went in my mind a few seconds after she broke the news. Do I say I’m sorry for her loss when I barely know her and her child? If I do, do I keep going with my questionnaire or do I wish her the best and leave? Do I ask her if her child had been sick frequently prior? Do I ask her about her miscarriage? Do I ask her if she’s on any method of contraception? Do I ask her what her lifestyle is like and give her basic advice based on her answer?

She seemed detached and somewhat nonchalant about it. To be fair, as an emergency coping mechanism, so seemed I. I took a deep breath knowing that this is probably (definitely) not the most sensitive or right thing to do but I continued with the questionnaire. Before I left I asked her if she has any questions I and the community health worker I was with can help her answer and she said no. Maybe it’s just me but it just felt like she wanted us out of her house pronto. She probably thought I was just some girl from the capital so what do I know?

And I don’t blame her, god knows I would’ve done the same if I was in her shoes. To this day I still think I didn’t do the rightest thing but I also don’t know what else I would’ve done.

My entire life I didn’t think I was going to ever be one degree of separation away from child mortality. Of course I’d read about it in readers and learned about it in classes in college. But I can’t stress enough how it’s so fucking easy to talk statistics. It’s even easier to learn that the numbers have gone down over the years. But we often forget that these statistics are based on real people. Real toddlers that just couldn’t fight anymore because they were so sick and dehydrated. Real parents who have done the absolute best they could do with what they have, but still had go through the grief of losing their children, probably accompanied with so much guilt they become detached. It’s easy to talk about this issue in air conditioned convention centers and hotel ballrooms with a “panel of experts.” But I bet you some of those people who talk on those stages with their fancy power points have ever barely stepped foot in places where they have to buy and line up for clean water and where walkways are covered in goat shit. I think it’s important that we wake up to the reality that yes, however many percent of children have received adequate health care. But what about the remaining percentage? Do we stop at the victory of progress and leave out the rest to die? One child mortality is one too many.

We closed that day with a Paul Farmer quote: